A History of Digital Marketing 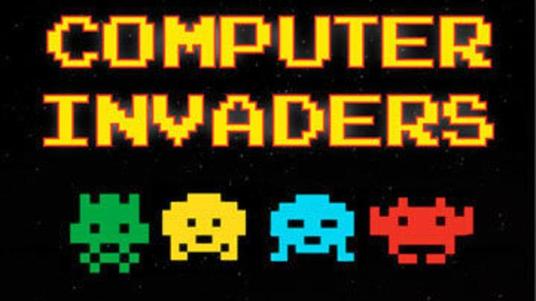 digital History
Did anybody expect for Newsweek to go totally digital in its production? Most of us really didn’t see that one coming, but after the first of next year, the magazine giant will be available in only a digital format. This is probably a pretty big clue for the rest of us on what to expect in future trends in the world of digital marketing. Even though our world is largely digitally based, it was not always that way and it had a seemingly insignificant start.

The digital age as we now know it began with the Internet and the Web 1.0 platforms of the early 1990s. This was a rather static world in which users could get the information they desired but it could not be shared on the web. There was no such thing as interaction, as the only activity was reading of content. In 1993, we saw the entrance of the first clickable banner ad and by the next year, Hotwired, had begun to purchase huge numbers of banner ads. This was really the first step in getting us all shifted over to a new digital age.

The Birth of Google

New technology began to make its entrance into the digital marketplace after about 1994 and in 1998, Google was founded. Blogger came soon after in 1999. About this time social networking sites began to be birthed and Blackberry had launched their own mobile email program. MySpace was one of the first social sites to arrive on the social scene and Facebook came soon afterward. It did not take too long for companies to realize that these presented them with some excellent opportunities and soon these social sites became new way for businesses to communicate directly with consumers. Businesses began searching for new ways to implement web marketing strategies so that they could capitalize on the new digital platforms.

It did not take long for Google to start expanding and improving their internet search engine. Savvy marketers soon learned how to implement search engine optimization strategies in order to improve the ranking of their sites. Google also added options like AdWords and AdSense to marketing potential. It wasn’t long until Google figured out how to analyze content that was entered in a query in order to target users with ads relevant to their interests. Google was not actually the first ones to incorporate targeted ads, but they did help develop algorithms which helped search results become prioritized.

Advertising networks soon began to develop ways that they could capitalize on some of these new developments and the “cookie” came on the scene. The first cookie was actually developed in an attempt to analyze user’s browsing habits. But since its inception it has evolved into a useful part of the e-commerce sector and allows marketers and businesses ways of collecting literal user data. Amazon still uses this method for targeting its audiences and offering them products based on previous searches. This was a huge impact on the digital marketing world.

The Web 1.0 slowly evolved into the Web 2.0. In this new digital world, audiences were no longer passively taking in information; but instead, the internet became a sort of super highway where users could directly interact with both other users and businesses. The Web 2.0 became a social world at last. In the early 2000s, numerous networks and social platforms were developed which allowed users to connect and interact. By 2004 we saw the rise of sites like WordPress, LinkedIn and finally Facebook. It was not long before social media became a thriving entity and we saw more sites like Digg, Skype, Flickr, and Gmail all make their appearance. By the end of 2004, internet advertising in the US alone brought in around $2.9 billion. By 2005, YouTube had entered the playing field and now there are more than 3 billion hours spent watching YouTube videos each and every month. In 2007, the iPhone began to change the web one more time and everything began to shift to cater to the mobile user. By 2010, mobile marketing alone brought in approximately $650 million.

It’s very difficult to understand that all these changes have occurred in only 2 decades. Digital marketing has changed drastically, and will continue to change. Web marketing remains an essential part of SEO campaigns and provides numerous tools and strategies. There are a few of the original search engines that are no longer in existence and it is very important that SEO and digital marketing specialists keep up with the latest trends that continue to shape our digital future.